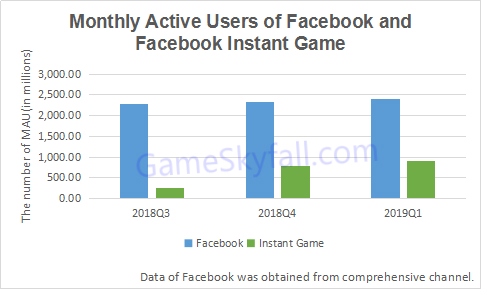 It is inevitable because one developer can publish multiple games. Facebook verification of publishing Instant Game is very strict, first of all, it will verify the company's qualifications, it requires publishers to provide documents such as bank statement, and Facebook will check the adaptability of mobile phone, whether it has pornography, violence, politics, etc. 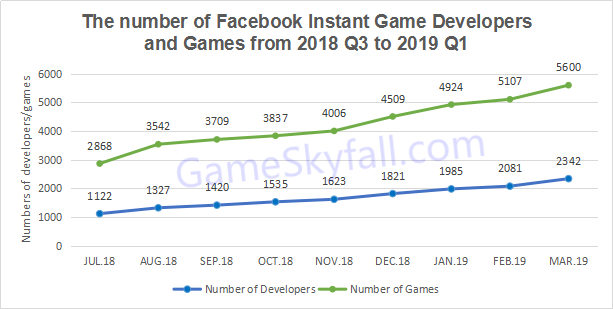 Since there exists a huge difference in the market share of each game category, the analysis of each game category’s development trend should be important. The variation on the proportion of monthly active users of each category in March. Trivia & word, Role Playing, MOBA, Poker&Table, Slots, Bingo, Card battle and Other category are in the increasing trend. MOBA, Other, and Poker&Table have the most obvious growth trends, and MOBA has increased by 38.12% in March. 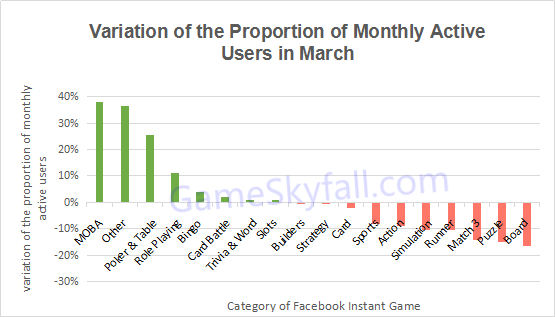 Look at the most popular game chart and growing the fastest game charted by 31 March 2019, the top10 of the most popular game was dominated by Trivia & Word games. Most of the growing fastest game also Trivia & Word game, but the seventh is a MOBA game although the market share of MOBA games is only 0.51%. The player we visited said that the battle-type game had a high competitive nature and sociability, it is very attractive. In addition, in the growing fastest game-rank has two games that are very suitable for female players, Fronzen double date disaster(NO.9) and Princess Beauty Pageant(NO.10). Although these two games are in different categories, the gameplay is very similar. They are all changing looks for the role in the game.

Corresponding to the above analysis, there is still a high potential for the development of Facebook Instant Games. But compared with the data onto WeChat Instant Game in March, the categories of Instant Game Top10 are quite different, it is due to the policies and operating modes of these two social giants, and different culture background of their users.